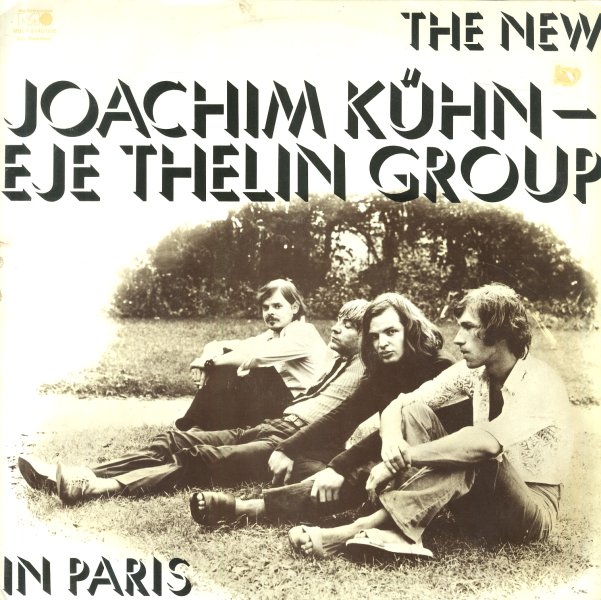 Fierce, freewheeling work by this excellent group – a quartet that features mindblowing trombone from Eje Thelin, a player we totally love – plus piano from Joachim Kuhn, who also blows a bit of alto sax – and bass from Adelhard Roidinger and drums from Jacques Thollot. Very free at times – and with the same energy as the BYG/Actuel releases!  © 1996-2020, Dusty Groove, Inc.
(Vinyl has a very short click in one spot, but is otherwise great. Cover has a small mark from an old sticker, a small stain on the spine, and some light wear – but this is a nice copy overall.)