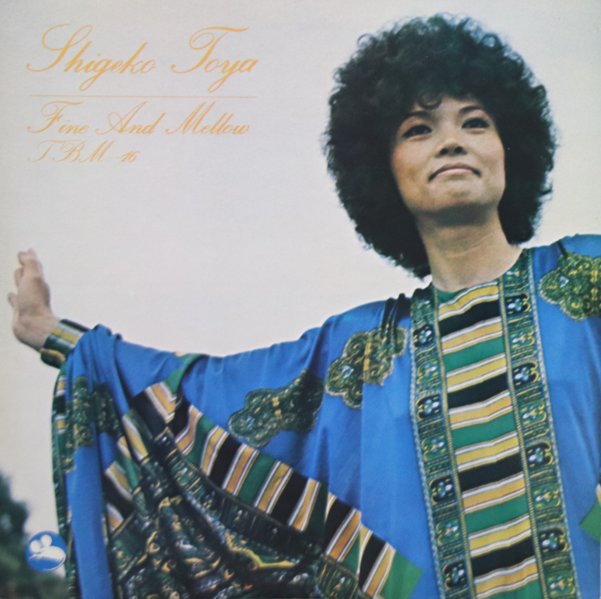 Shigeko Toya looks mighty righteous on the cover – and she sounds mighty righteous on the record, too – working both as a pianist and a singer, and with a quality that's very different than most other Japanese vocalists of the time! The tracks are long, and often drenched in deeply soulful currents – both from the piano, and from the excellent work on bass from Takashi Mizuhashi – as Toya takes on a host of American classics, singing with unusual inflections that really fit the way she vocalizes the tunes – almost some sort of late 60s Bay Area hybrid of blues and jazz with some Fillmore influences – although the set itself is mostly acoustic, and definitely jazz all the way through. Other players include Akitoshi Igarashi on alto, Masayuki Takayanagi on guitars, and Masaru Imada on piano too – on titles that include "Fine & Mellow", "Unchain My Heart", "Body & Soul", "Willow Weep For Me", "Angel Eyes", and "The Very Thought Of You".  © 1996-2021, Dusty Groove, Inc.
(Part of the Three Blind Mice Supreme Collection!)