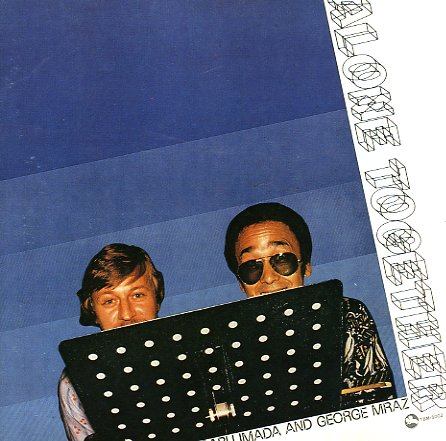 A beautiful showcase both for the piano of Masaru Imada and the bass of George Mraz – the latter of whom gets really respectful treatment on this Japanese-only session – in the best tradition of the Three Blind Mice record label! TBM always had a way of showcasing the bass that was different than American jazz labels of the 70s – and that's definitely the case here, as Mraz brings forth all his warmth and depth to match the gently lyrical touches of Masaru Imada on the piano – an equally great player, and one who really holds us rapt here, without support from any other musicians save George. The set features some great originals by Imada – including "Blue Road", "Blue Rain", "Remember Of Love", and "Poppy" – plus a nice take on "Stella By Starlight".  © 1996-2021, Dusty Groove, Inc.
(Part of the Three Blind Mice Supreme Collection!)