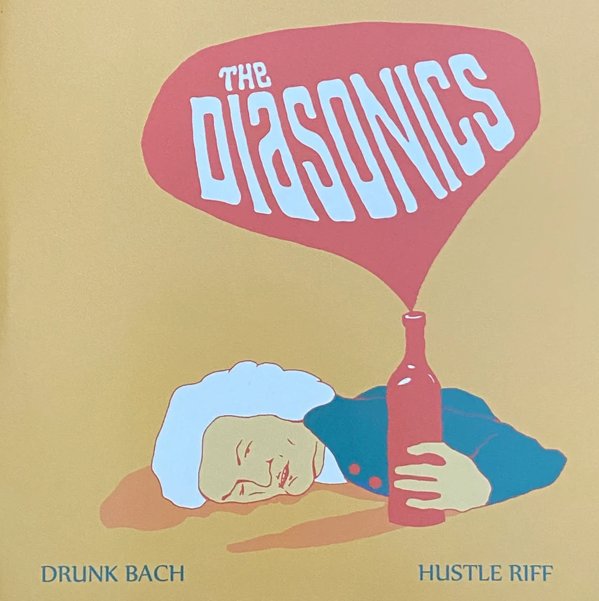 "Drunk Bach" begins with this really nice organ line – sweet, thin, and very blocky – before heavier drums come in alongside next to its groove, and guitar lines riff alongside in all the more complicated ways! "Hustle Riff" is a bit more complicated in the groove, but still a tight bit of instrumental funk – and hardly the disco hit you might guess from the title – thanks again to more great guitar!  © 1996-2021, Dusty Groove, Inc.