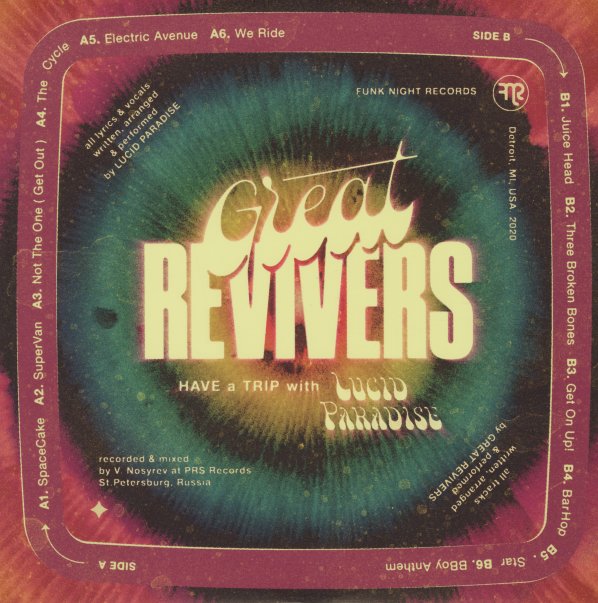 Searing funk from the Great Revivers – a group who supposedly recorded this set in Russia, but come across with the energy of the best funky 45 combos of the American underground! Drums are fast and frenzied, and cut through with some sweet keyboards, riffing guitar, and mighty nice live percussion – the last of which gives the group a very special vibe! The album also features a few vocal performances from Lucid Paradise – a male/female soul duo whose presence adds a new level of soul to the Great Revivers' groove – on titles that include "Juice Head", "SuperVan", "Space Cake", "The Cycle", "We Ride", "Electric Avenue", and "BBoy Anthem".  © 1996-2021, Dusty Groove, Inc.