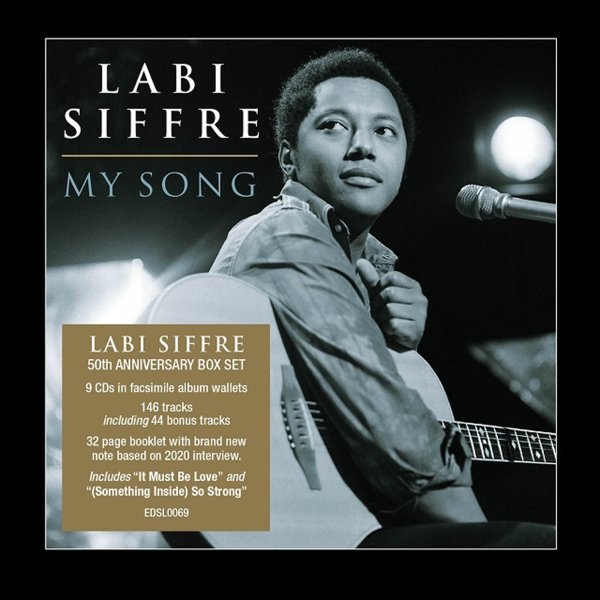 An insanely wonderful collection of work from the great Labi Siffre – a UK singer/songwriter who's unlike anyone else we can think of! Labi's definitely a soul singer at the core – and his work has been sampled by DJs and producers over the years – but he's also got a much deeper, more thoughtful vibe to his music too – an ability to pen the sorts of tunes that make these classic records rival the best coming out of the LA scene during the early 70s, but produced with maybe a more different, distinct sort of British approach! If you've heard Labi before, you'll know the special genius we're talking about – a quality that puts him in the same unique space as artists like Rodriguez or Terry Callier in their prime – and if you haven't, you'll find plenty here to discover, as the set features all his classic albums, plus bonus tracks too! The first 6CDs feature material from Siffre's first chapter on record – early 70s albums that include Labi Siffre, Singer & The Song, Crying Laughing Loving Lying, For The Children, Remember My Song, and Happy – plus a big number of bonus tracks added to each album. The remaining 3CDs offer later work from his re-started career – So Strong, Man Of Reason, and The Last Songs – again with bonus tracks on each disc. Each album comes in a cover that reproduces the record, and the set features 146 titles in all, 44 of which are bonus tracks – with a 32 page booklet of notes.  © 1996-2021, Dusty Groove, Inc.