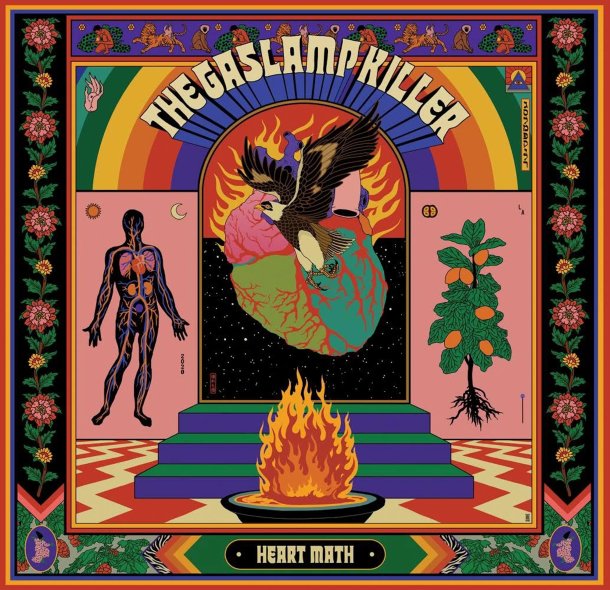 A fantastic testament to the ever-growing strengths of Gaslamp Killer – and a record that's not really instrumental hip hop, or just a loose collection of beats – but instead almost moves the producer into the territory of more complex soundtrack or sound library modes, yet still all with his crispy, funky legacy at the core! The record's got plenty of great guests – Amir Yaghmai, Mophono, Roberto Schilling, The Heliocentrics, and Miguel Atwood-Ferguson – each of whom bring their own flavors to the blend of styles – and the whole thing bristles with promise right from the very first beat – really restoring our faith in this sort of record, over the course of tracks that include "Blue Butterfly", "Malcolm's Library", "Blind Dog", "Heart Math", "Nullen Void", "Markets Of Marrakech", "Hooked On Classics", "The Cat's Meow", and "One Take Jake".  © 1996-2020, Dusty Groove, Inc.
(In a very cool 10" package, too – with heavy tip-on sleeve!)