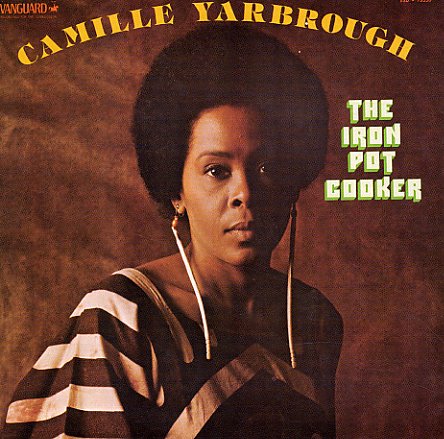 Also available
Camille Yarbrough — Iron Pot Cooker ... CD 7.99
One of THE spoken word classics of the 70s funk years – an amazing album based around the poetry of Camille Yarbrough – set to some amazing funky backings! The sound here is incredibly righteous – almost a more sophisticated version of Betty Davis – done with a stark, spare groove that makes the bass bits and drums really come out in the mix! Camille's got a heck of a lot of personal vision, and really works the album together as a whole – making for a set that's far more than just "poetry plus music" – and instead an audio tapestry with an incredibly deep sound! Includes a heavy rap on the streets that culminates in the great "Little Sally the Super Sex Star" – plus the classic "Take Yo Praise", which was sampled famously by Fatboy Slim – and the cuts "Can I Get A Witness" and "All Hid".  © 1996-2022, Dusty Groove, Inc.
(Limited 180 gram pressing – in a great tip-on jacket!)

Ain't That Good News (180 gram pressing)
RCA/Abkco, 1964. New Copy (reissue)
LP...$28.99 29.99
Good news galore from the great Sam Cooke – maybe THE album in which he fully shows off his unique contribution to soul music in the 60s – that mix of raw and sweet, easygoing and progressive – a mode that had a huge impact at the time, and went onto become a strong influence for ... LP, Vinyl record album