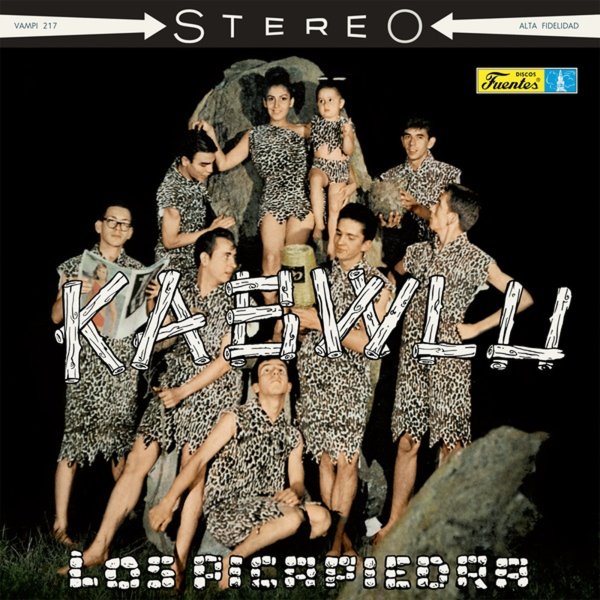 One of the stranger albums on Disco Fuentes during the 60s – served up by a group with a caveman look on the cover, and who also had a bit of a caveman schtick in their approach – but who also managed to groove with a lean sound that's mighty nice all the way through! The album takes off from more familiar cumbia modes – and has the combo mixing in some offbeat vocals, organ lines, and occasional rockish flourishes – all to make for a very playful set of groovers, often with a primitive rawness that befits their image! Titles include "Mira Mira", "Kabwlu Cavernario", "Cumbia De Piedra", "Gaita En Villa Roca", "Kabwlu", "Una Vez Caminando", and "Cumbia Tropical".  © 1996-2021, Dusty Groove, Inc.