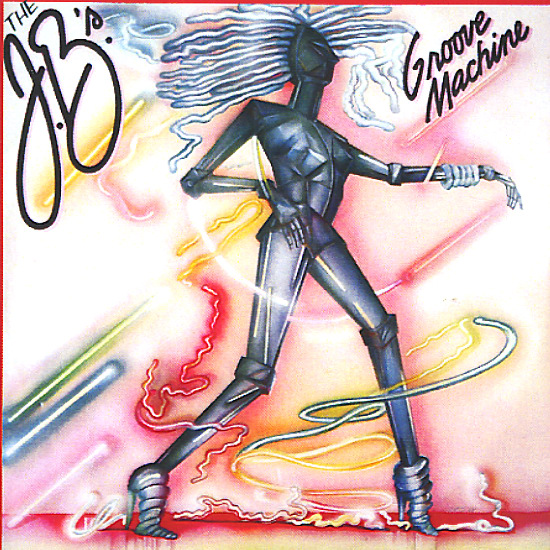 A rock-solid groove machine from The JBs – an album that's a bit different than their earlier sides for People Records, yet still pretty wonderful overall! The approach is more club than funk – yet the grooves are still mostly live ensemble playing – kind of a ratcheted-up version of the JBs' style, and very similar to the groove that James Brown himself was hitting at the end of the 70s! Given the already-sharp sound of the group, you can bet that the music here is light years better than most other studio disco groups of the period – and although James Brown produced, most of the tracks are instrumental – save for one with vocals by Maxxi. Titles include "Rock", "Georgia Peach Disco", "Just Wanna Make You Dance", "Rock Disco #1", and "Rock Groove Machine".  © 1996-2020, Dusty Groove, Inc.
(Please note: Although these CDs are legit, they are produced as CDRs with artwork by copyright owner Henry Stone.)