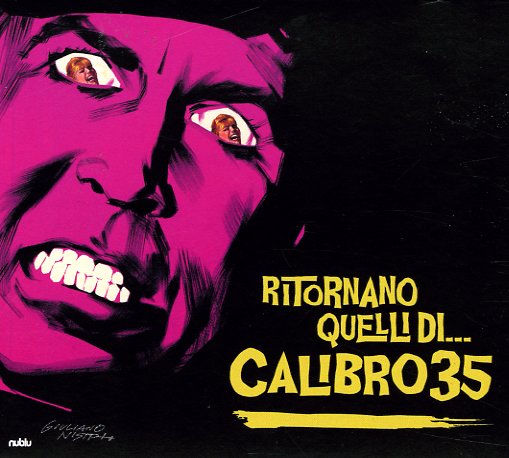 Classic-styled soundtrack funk from Calibro 35 – a contemporary group, but one who works in the best styles of the Italian scene of the 70s! This album's Calibro's heaviest work to date – a set that's got even more funky rhythms than before, and plenty of darkly brooding basslines, fuzzy guitar bits, and choppy keyboards that really help maintain a rhythmic pulse to the whole record – keeping things strongly in a space between the late 60s mod moments of Trovajoli and Piccioni, and the fuzzier freakouts of the Goblin generation! Titles include "Five Dolls For An August Moon", "Calling All Units To Broccolino", "Talk Is Cheap", "Eurocrime", "Death Comes At Midnight", "Fair Sex & Merciless Crimes", "Hired To Kill", and "A Fistful Of Lead".  © 1996-2021, Dusty Groove, Inc.