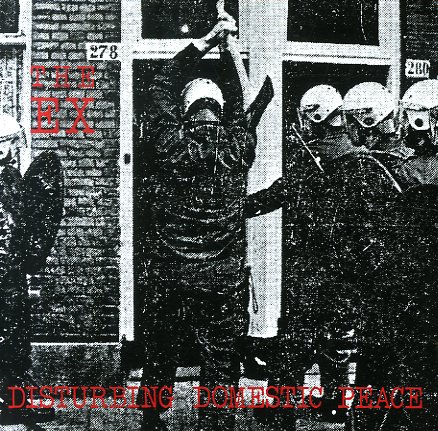 The Ex have had an amazing career over their many decades in music – forays into jazz, improv, and even global sounds – but here, right at the start, they're much more in the spirit of political punk contemporaries from the UK – especially Gang Of Four and Crass – both of whom are a good comparison to the nonstop energy and razor-sharp sound of this debut album! Lyrics are all in English, and these guys are clearly using their unique spot in the Dutch scene to soar out and challenge some of the more powerful acts of the Anglo world – coming on strong with scratchy guitar, hard-rolling basslines, and drums that drive the lead lyrics over the top – on titles that include "A Sense Of Tumour", "Sucking Pig", "Outlook Army", "The Sky Is Blue Again", "Map", "Rules", "Squatsong", and "Warning Shot".  © 1996-2021, Dusty Groove, Inc.
(First time vinyl reissue – with bonus 7 inch & booklet! Single features the cuts "Introduction", "Human Car", "Punk", and "Horse".)