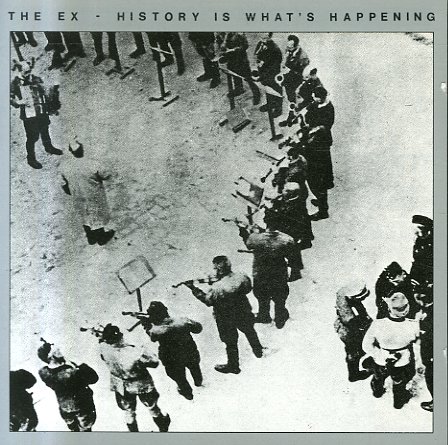 An agitprop masterpiece from The Ex – served up at a time when these guys were moving sharp, short, and pretty darn fast – almost acting like the Dutch equivalent of Crass in both energy and spirit! There's a heck of a lot of songs on the set, and the record bristles with an intensity that the group's later work didn't always have – more punk than art, even though there's some of that in the music in spirit – driven strongly with non-stop energy, and all English lyrics – which really gave these guys a universal audience at the time! Titles include "Barricades", "Moving Pictures", "Watch Dogs", "Dutch Disease", "Blessed Box At The Back Seat", "Strong & Muscled", "Sports", "Attacked", "$", and "Equals Only".  © 1996-2021, Dusty Groove, Inc.
(First time vinyl reissue – with poster & booklet!)