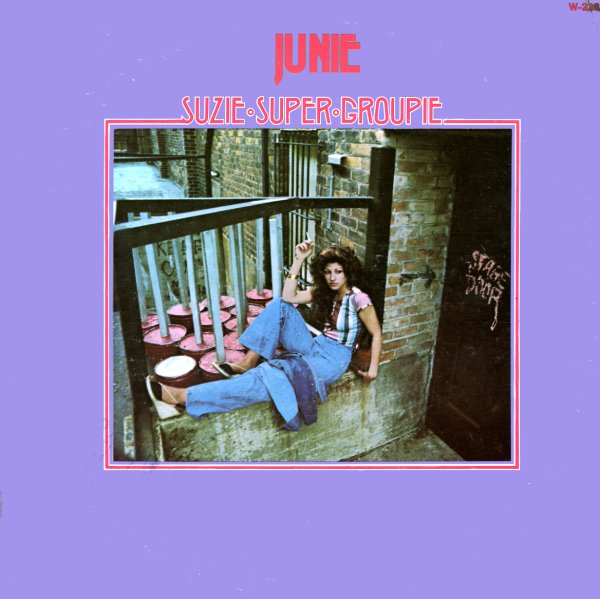 A funky tribute to all the "Super Groupies" who were helping out the 70s music scene – maybe the closest thing that Junie Morrison every came to a tribute album – and a set that's got all the same wonderful complexity of his other solo albums on Westbound! As with those records, there's a pre-Prince approach to funk that draws heavily from Ohio Players and P-Funk elements – but which really gets a sharper, more sinister focus with Junie in the lead – at a level of soulful stardom that could have made him another Bootsy Collins, if folks were ever smart enough to figure out what he was doing at the time! Titles include the funky classic "Suzie Thundertussy" – plus "Super Groupie", "Surrender", "Junie III", "What Am I Gonna Do", "Stone Face Joe", "Suzie", and "If You Love Him".  © 1996-2021, Dusty Groove, Inc.