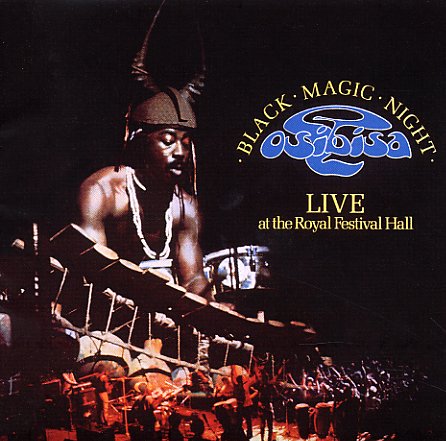 A surprisingly strong set from Osibisa – one that's got a full, rich, soulful feel – much better than we might have expected for an album recorded at the Royal Festival Hall! The venue's no surprise, though, given that Osibisa were clearly on top of their game at the time – and able to draw a big crowd at a prestigious event. The band has been expanded considerably for this live set to include extra percussion and backing vocals – all coming together with a majestic sound that almost beats the style used on some of the studio versions of these tunes! Titles include "The Dawn", "Living Loving Feeling", "Music For Gong Gong", "Sunshine Day", "Beautiful Seven Y Sharp", and a nice take on Roland Kirk's "Spirits Up Above".  © 1996-2021, Dusty Groove, Inc.