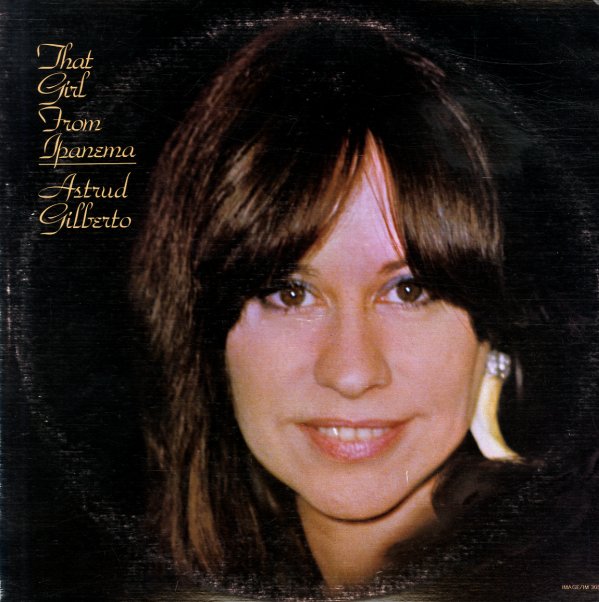 That Girl From Ipanema

An unusual record for Astrud Gilberto – one that has her updating her older sound by working with Philly producer Vince Montana! The approach blends Montana's Philly club in with Astrud's gently bossa-schooled vocals – in a way that glides along nicely and offers the same sort of disco-fied version of styles that were showing up in other genres at the time. The strength, though, is that since Astrud had already cut a funkier album earlier in the 70s for Perception, she was a bit better prepared to handle the session than you might guess – and the overall arrangements still have some stylistic links back to her older work. Arrangements are by Vince Montana, Don Sebesky, and Al Gorgoni – and titles include "Black Magic", "Meu Piao", "All I've Got", "Love For Sale", and the creepy "Puppy Song"!  © 1996-2021, Dusty Groove, Inc.

Tam Tam Tam
Trunk (UK), 1958. New Copy (reissue)
LP...$22.99
Heavy rhythms from the Brazilian scene of the 50s – a set of grooves originally used to accompany a touring dance production, but a set of tracks that's gone on to have quite a life of its own! The music here isn't the cool bossa or spare samba you might expect – and instead has this ... LP, Vinyl record album