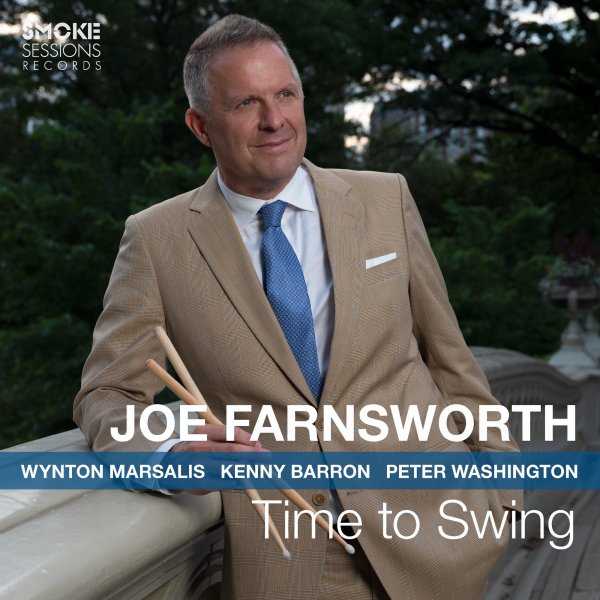 Rock-solid work from a rock-solid drummer – the mighty Joe Farnsworth, working here with a core trio that includes Kenny Barron on piano and Peter Washington on bass, plus guest trumpet from Wynton Marsalis on four of the album's ten tracks! The Marsalis presence is nice, but we almost like the trio tracks even better – as it feels like Farnsworth, Barron, and Washington have really found their groove – at a level that's different than some of Joe's recordings with more familiar partners – like David Hazeltine and John Webber – looser, more open at times, and really showing off some different sides of Farnsworth's rhythmic conception. Titles include "One For Jimmy Cobb", "Monk's Dream", "Time Was", "The Good Shepherd", "Hesitation", "Darn That Dream", "Lemuria", and "Star Crossed Lovers".  © 1996-2021, Dusty Groove, Inc.