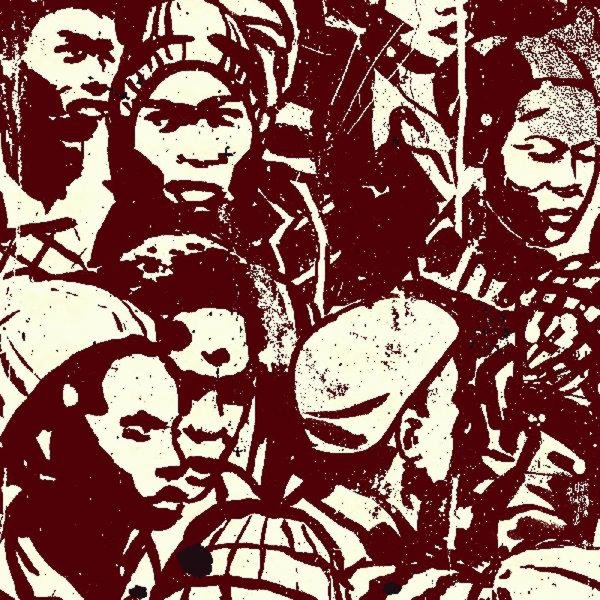 A really great idea for a record – and one that echoes the same "E & F" mode that Makaya McCraven brought to his previous album! The approach here is as unique as the drummer himself – in that McCraven went back to the sessions for the core album, and pulled out material that's recast into a completely different record altogether – not a remix project, or a batch of alternate takes – but new music from the ground up, as Makaya continues his groundbreaking style of using live jazz performance as the basis for a record that's eventually cut-up and reassembled! Performances were recorded in Chicago, Cali, Brooklyn, and London – with players who include Brandee Younger on harp, Joel Ross on vibes, Dezron Douglas on bass, Ashley Henry on Fender Rhodes, Nubya Garcia on tenor, Jeff Parker on guitar, Miguel Atwood Ferguson on violin, Carlos Nino on percussion, Junius Paul on bass, Tomeka Reid on cello, and Shabaka Hutchings on tenor – an amazing lineup that gets plenty of space to shine in the hands of Makaya. Titles include "Everybody Coo", "Mak Attack", "The Hunt", "Beat Science", "Kings & Queens", "Traveling Space", "Butterss Fly", "Universal Beings Part 2", "Her Name", "Half Steppin", and "The Way Home".  © 1996-2023, Dusty Groove, Inc.

In These Times (white vinyl pressing)
International Anthem/Nonesuch, 2022. New Copy
LP...$26.99 30.99 (CD...$13.99)
Maybe the most majestic album that Makaya McCraven has recorded to date – and that's really saying a lot, given the power of his music on previous records! This time around, the group is large, and the performance is more organic than some of the more mixed/produced sessions that Makaya has ... LP, Vinyl record album