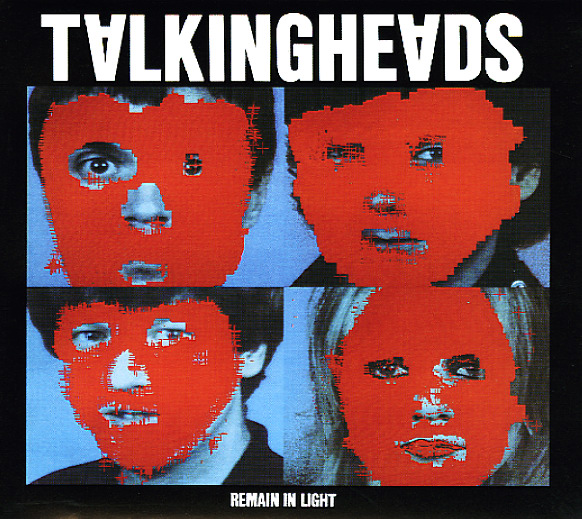 Some of the most compelling grooves the Talking Heads ever recorded – a set that sparkles with imaginative touches, and railroads forward on a wave of complicated rhythms! The sound is brilliant throughout – a genre-less approach that sheds the group's earlier art nerd aesthetic for one that's clearly influenced by late 70s funk and club – but takes that influence in a whole new direction! The whole thing's even fresher than some of the artier downtown moments that bubbled around at the time – as David Byrne and the group actually managed to cross over big with the record – hitting not only urban markets, but also getting some play from the classic rock crowd too. Brian Eno produced, and co-wrote the songs with the group – and some great Green World-esque electronics bubble through the mix, and hold the whole thing together beautifully. Titles include "Houses In Motion", "Once In A Lifetime", "The Great Curve", "Crosseyed & Painless", "Born Under Punches (The Heat Goes On)", "Listening Wind", "Seen & Not Seen", and "The Overload".  © 1996-2021, Dusty Groove, Inc.

Freedom Of Choice (colored vinyl pressing)
Warner/Rhino, 1980. New Copy (reissue)
LP...$21.99 23.99 (LP...$18.99)
The era that catapulted cult heroes Devo into pop culture history – with bubblier synths, catchier hooks, and crazier multimedia shenanigans than ever before from these pioneers of the video era – and time capsule pop angle aside, it's still one of the best and most innovate albums of ... LP, Vinyl record album