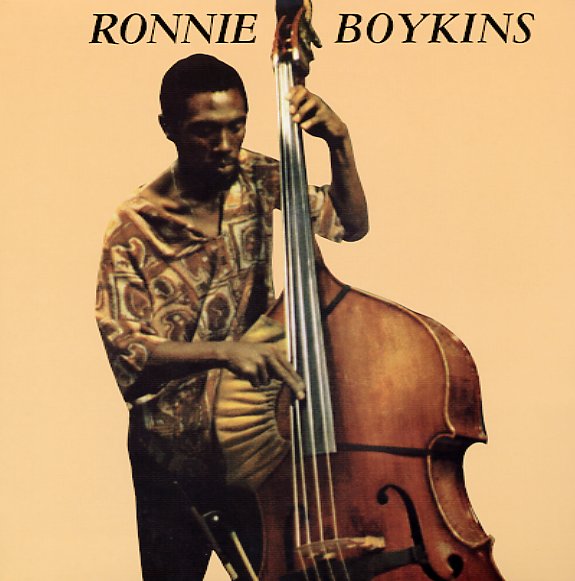 Will Come Is Now (aka Ronnie Boykins) (180 gram pressing)

A rare non-Sun Ra session from bassist Ronnie Boykins! Boykins was one of Ra's most long-term players – a key part of the Arkestra for many years – but on this album, he hits a totally different sound –and one that's somewhat spiritual as well! The group's got a great sax-heavy sound that comes from a trio of reedmen – Monty Waters, Joe Ferguson, and James Vass – handling alto, tenor, soprano, and flute between them – often in a tight line at the head, then breaking out into some wonderfully personal solos – played with such feeling that almost makes us think that Boykins was a much more sensitive musician than he ever got the chance to be with Sun Ra. The tunes have a really beautiful sense of structure and soul – and the reedmen explode beautifully with their work, alongside a remaining lineup that features Daoud Haroom on trombone, Art Lewis on percussion, and George Avaloz on congas. Titles include "Tipping On Heels", "The Third I", "The Will Come, Is Now", "Starlight At The Wonder Inn", and "Demon's Dance".  © 1996-2022, Dusty Groove, Inc.
(Limited edition of 500!)