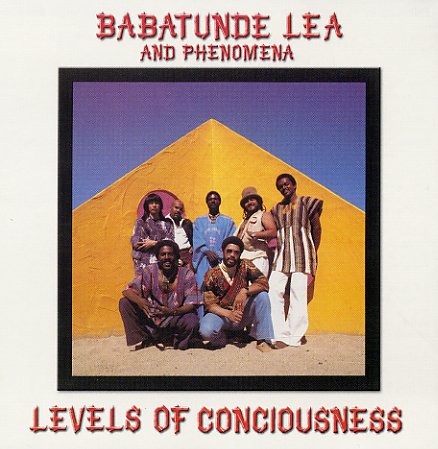 A wonderfully soulful session from percussionist Babatunde Lea – and a shining example of the warm spirits and cross-cultural experimentation going on in the Bay Area scene of the 70s! The record mixes 70s soul jazz with bits of funk, Latin jazz, and breezy west coast touches – making for an album that's got some of the earthy charm of work on labels like Strata East or Black Jazz, mixed with the tighter soulful production of some of George Duke's early 70s sides for MPS. The vibe is incredible – a beautiful mix of warm vocals, tight soloing, and message-oriented grooves – and the whole thing's great all the way through! Titles include "Thailand Stick", "Use Your Hands", "Merely A Suggestion", "Levels Of Consciousness", "Thang", and "Plea From The Soul".  © 1996-2021, Dusty Groove, Inc.
(Limited edition!)