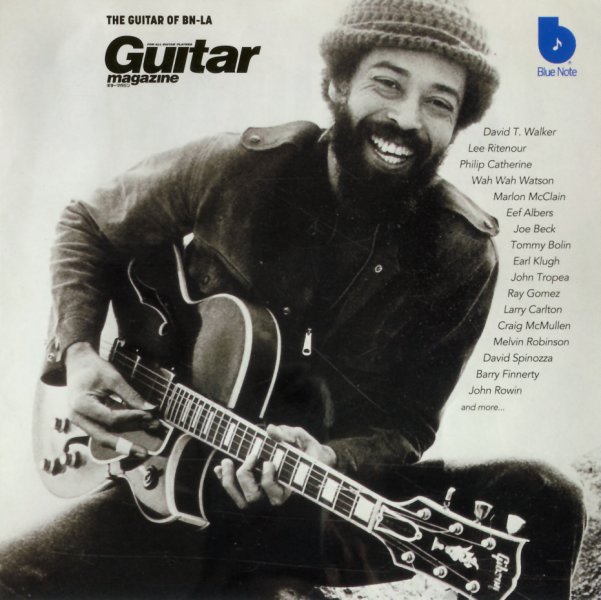 A great look at the way that the Blue Note record label renewed its commitment to jazz guitar in the 70s – finding some of the best new talents of the decade, and recording the instrument in a variety of different ways! The Blue Note jazz funk sides of the time are very well-known, but the music here is nicely expanded past those modes – to include some great mellow moments, fusion tracks, and even some numbers that completely defy easy description! There's a heck of a lot of great guitarists on the set – Larry Carlton, Lee Ritenour, Robby Krieger, Dom Minasi, Ray Gomez, Reggie Lucas, Earl Klugh, John Rowin, Tommy Bolin, and Joe Beck – and CD2 is made entirely of tracks that feature David T Walker on guitar. Titles include "Night Whistler", "Sister Love", "Dance Band", and "Makin It" by Donald Byrd – plus "Some Neck" by Ronnie Foster, "Beginnings" and "Soft Cycles" by Gene Harris, "New York City" and "Golden Rainbows" by Alphonse Mouzon, "Baby's Gone" by Bobbi Humphrey, "Sitting Here All Alone" by The Waters, "New Day" and "Fever" by Ronnie Laws, "Only Women Bleed" by Carmen McRae, "RK Bossa" by Dom Minasi, "Gum Popper" by Robbie Krieger, "Andy's Walk" by Chico Hamilton, and the killer cuts "Mango Sunrise" and "Rise On" by John Lee & Gerry Brown.  © 1996-2022, Dusty Groove, Inc.