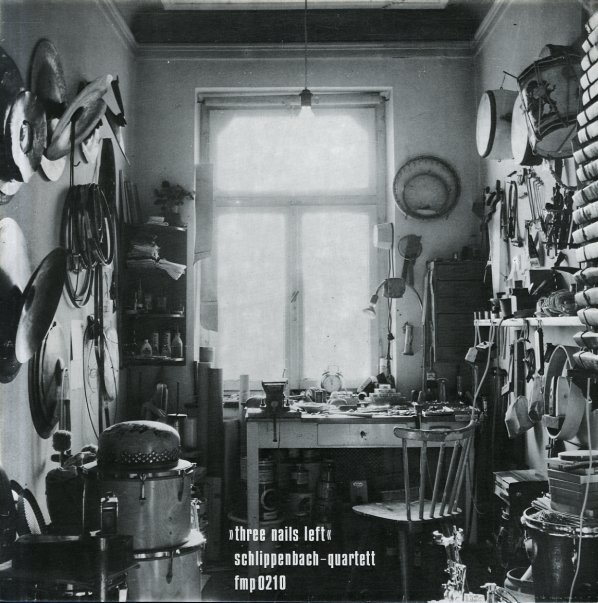 Amazing work from this seminal group on the FMP scene – a quartet led by pianist Alexander Von Schlippenbach, but equally balanced between the saxes of Evan Parker, bass of Peter Kowald, and percussion of Paul Lovens! We're not sure how much to take the "nails" in the title seriously, but it does sound as if Schlippenbach is playing prepared piano at times – or perhaps his command of the keyboard is just so strong, he can make other-worldly elements come from the instrument whenever he wants! Much of the music has a full-on FMP intensity – that non-stop, sonically adventurous quality inherited from Machine Gun – spun out over three great live improvisations, titled "Range", "Black Holes", and "Three Nails Left".  © 1996-2023, Dusty Groove, Inc.
(Remastered from the original tapes – and first time on CD!)