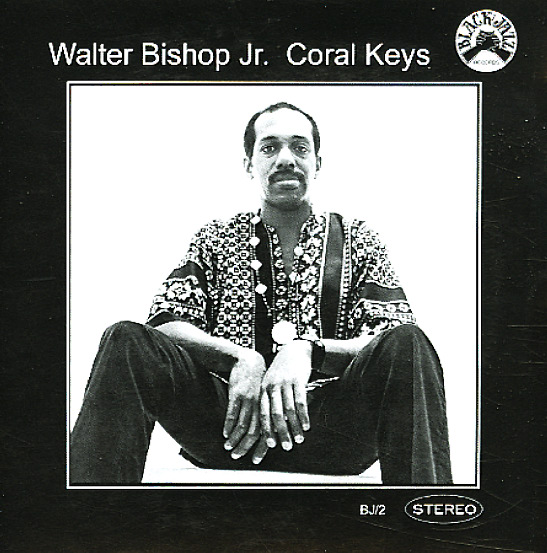 The keys are coral, and the sound is sublime – one of the greatest albums ever from pianist Walter Bishop Jr, and proof that he can really stretch out, given the right setting! The piano here is all acoustic, but there's an almost-electric vibe to the date – long, open tracks that sway and swell with some great spiritual energy – made even more wonderful by work from reedman Harold Vick, who plays tenor, flute, and soprano sax on the record – and makes it one of his best recordings ever! The reedwork alone is worth the price of admission – but the rhythms are also great too – a mix of soulful, modal, and some slight funky bits – handled by Reggie Johnson on bass, and either Idris Muhammad or Alan Benger on drums. Woody Shaw plays trumpet on some cuts, too – and titles include "Coral Keys", "Soul Turn Around", "Freedom Suite", "Track Down", "Waltz For Zweetie", and "Three Loves".  © 1996-2022, Dusty Groove, Inc.
(Remastered.)

Keeper Of My Soul
Black Jazz/Real Gone, 1973. New Copy
CD...$13.99 14.99 (LP...$22.99)
One of Walter Bishop's greatest records – an amazing session that's as funky as it is spiritual – and quite different than most of Bishop's other work! The vibe here is wonderful – as Bish plays a host of keyboards, not just piano – and works in the company of other players ... CD

Skipper
Black Jazz/Real Gone, 1972. New Copy
CD...$13.99 14.99 (LP...$22.99)
One of the greatest moments ever from west coast bassman Henry Franklin – a set of soaring, spiritual power – and a key demonstration of his rich energy as a leader! Franklin heads a wicked lineup here – playing both Fender and acoustic bass amidst other players who include Bill ... CD