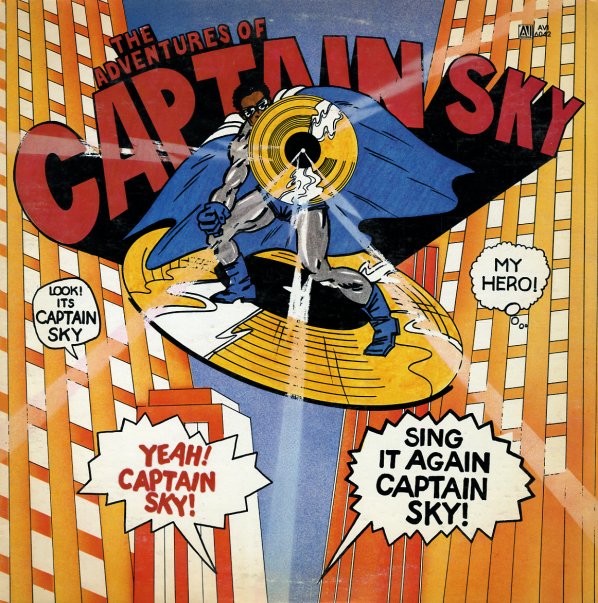 Also available
Captain Sky — Adventures Of Captain Sky ... LP 19.99
A legendary funk set from late 70s Chicago – served up by our own Captain Sky, aka Daryl Cameron – an imposing figure who often worked in the same space-themed territory as the P-Funk empire in the mid 70s! The difference here, though, is that Cameron wrote, produced, and put the whole thing together himself – with help from a few friends in the studio – making the album a great homegrown attempt to rival the strength of the bigger funk ensembles of the period – something The Captain and crew do pretty darn well throughout! There's lots of heavy bass on the set – a strong precursor of modes to come – mixed with riffing guitar, sweet keyboards, and plenty of tight rhythms – on cuts that include the famous sample cut "Super Sporm" – a killer extended track with a great conga break, and a tight old school sample sound – plus "Now That I Have You", "Saturday Night Move-Ease", "Wonder Worm" and "Can't Stop Now".  © 1996-2022, Dusty Groove, Inc.