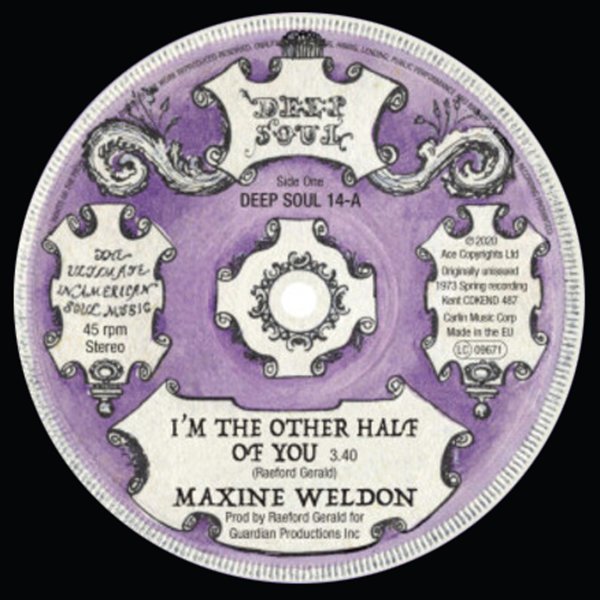 Two fantastic bits of deep female soul – back to back on a single! Maxine Weldon is always great – but she really knocks it out of the park on "I'm The Other Half Of You" – a slow-stepping tune with great organ under the vocals – which superbly deliver the blue-tinged message of the tune! "You'd Better Be Good To My Baby" is an early Ashford & Simpson tune – given a great reading here by Peggy Woods!  © 1996-2021, Dusty Groove, Inc.