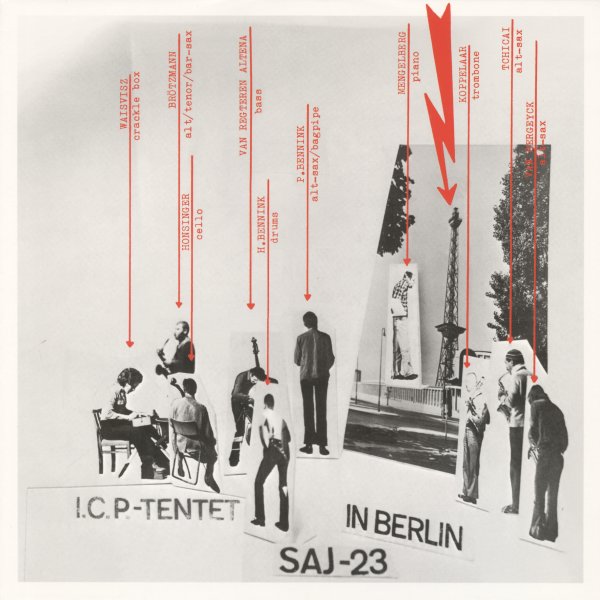 A late 70s session on FMP, but one that really shows the dynamic, boundless sense of imagination that we love from the ICP organization – led here by madman Misha Mengelberg on piano and at the helm of the operation! The sounds are free, but with a different quality than some of the more familiar FMP modes – even though the lineup here features some of that label's artists – in a lineup that also includes Tristan Honsinger on cello, Han Bennink on drums, Maarten Altena on bass, Peter Brotzmann on reeds, and John Tchicai on alto sax! The tunes are shortish, and almost feel like they have a sense of structure at times – even though the players go pretty far out at others – a great tension between composition and spontaneous creation, held together beautifully under the leadership of Mengelberg. Titles include "Polizei", "Ansange", "In Memoriam J Hodges", "La Madelon", "Rumbone", "Kiwk Kwek Kwak", and "Ludwig's Blue Note".  © 1996-2021, Dusty Groove, Inc.
(Limited edition of 200 copies!)

Contemporary Jazz Mass
JTTP/Be! (Germany), Early 70s. New Copy (reissue)
LP...$22.99
A jazz mass, but unlike any other variation on the theme that's ever been recorded – thanks to a very righteous performance from James Tatum – who makes the whole thing feel much more like an organic spiritual jazz set than anything you'd ever find in a church! James himself plays both ... LP, Vinyl record album