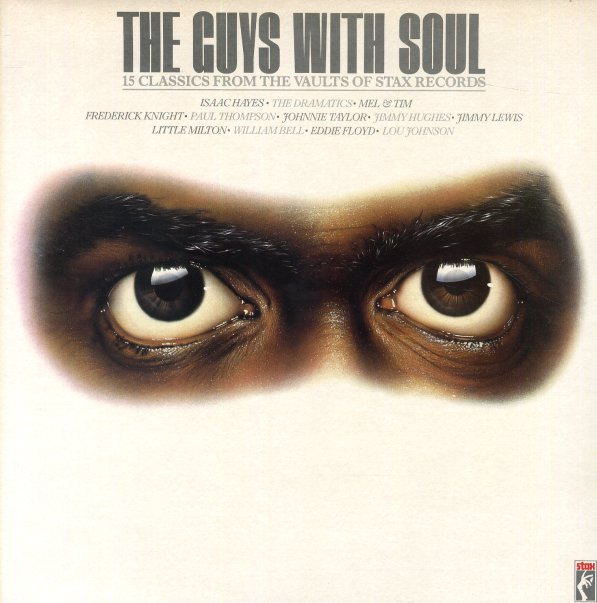 Guys With Soul – 15 Classics From The Vaults Of Stax Records

A great batch of male soul tracks from Stax Records – some hits, but also as few more obscure numbers – like "Nearer" by Lou Johnson, "What I Don't Know Won't Hurt Me" by Paul Thompson, "I Like Everything About You" by Jimmy Hughes, and "Stop Half Loving These Women" by Jimmy Lewis! Also features "Who's Making Love" by Johnnie Taylor, "I Forgot To Be Your Lover" by William Bell, "In The Rain" by The Dramatics, "Starting All Over Again" by Mel & Tim, and "Nothing Takes The Place Of You" by Isaac Hayes.  © 1996-2021, Dusty Groove, Inc.

Only The Strong Survive
Philadelphia International, 1977. Near Mint-
LP...$7.99
Although Jerry Butler had the first hit with "Only The Strong Survive" – way back in the late 60s, when Gamble & Huff were using his career to first forge their new ideas of Philly soul, Billy Paul does a great job with the cut here, taking it into a smooth modern mode that ... LP, Vinyl record album

My Kids
Casablanca, 1979. Very Good+
LP...$5.99
Ahh . . .the 70s! Back when record companies had so much money falling out of their pockets that they could do a record like this – one that takes a big star (Meadowlark Lemon of the Harlem Globetrotters), and cuts him in some competent soul arrangements in an attempt at a crossover hit. ... LP, Vinyl record album