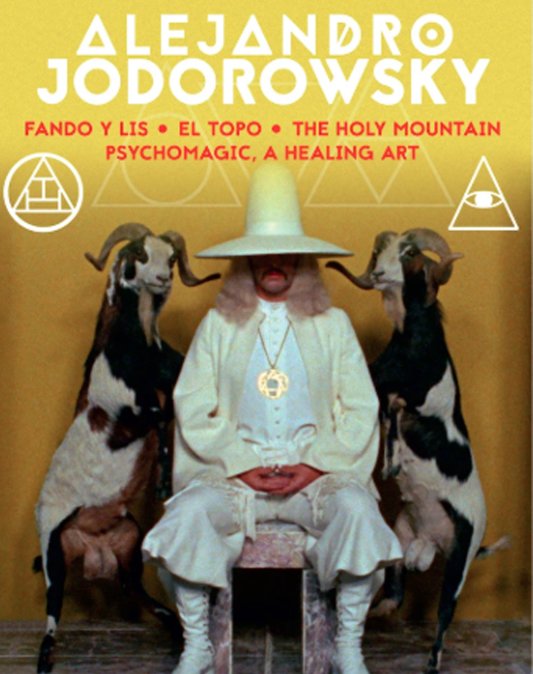 A stunning package of work from one of the weirdest, wildest directors of all time – the legendary Alejandro Jodorowsky, whose films have always been somewhat hard to find on the video market! This package features new restorations of all the work, supervised by the director himself – and contents include La Caravate from 1957, the documentary La Constellation Jodorowsky, the legendary El Topo, the Jodorowsky interview The Father Of Midnight Movies, a talk with The Son Of El Topo, the full film The Holy Mountain, the video essay The A To Z Of The Holy Mountain, and the more recent film Psychomagic A Healing Art. The set also features an 80 page hardbound book, with new writings on the films – plus the CD soundtracks of El Topo and Holy Mountain – plus six postcards, and a poster too. DVDs feature English, Spanish, and French subtitles – and other bonus material too!  © 1996-2021, Dusty Groove, Inc.

Lialeh (blu-ray disc)
Dark Force, 1974. New Copy
DVD...$22.99 29.99
Maybe not the best film ever made during the blacksploitation era of the early 70s – but a movie that's become somewhat legendary over the years, thanks to work from funky drummer Bernard Purdie on the soundtrack – who also makes an appearance in the film! The core story deals with an ... DVD