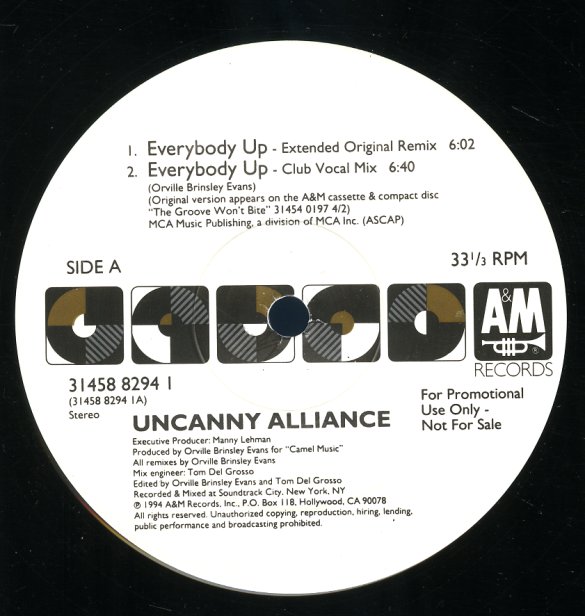 Everybody Up (various mixes)

(In a stickered gatefold sleeve.)