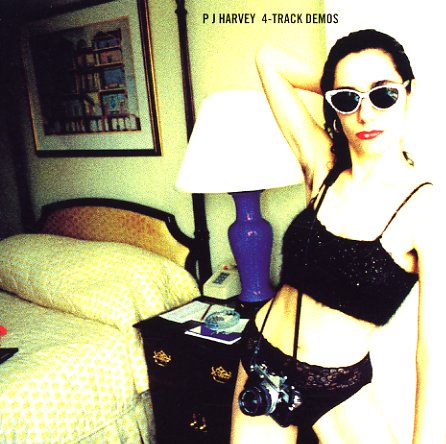 The self-recorded 4 Track Demos for the Rid Of Me LP, an album eventually recorded by Steve Albini as one of the most surprisingly raw major label debuts of the early 90s – at a time when the majors were signing indie artists and putting out bigger sounding, more accessible versions of them, PJ Harvey bravely went the other way – and it's well worth hearing that era of her work even more intimately. Her voice and lyrics here stand out more here, and it's aching, scary beautiful stuff. Includes "Rid Of Me", Legs", Goodnight", "Yuri-G", "Driving", "50ft Queenie", "Hook", "Snake" and more.  © 1996-2021, Dusty Groove, Inc.
(Includes download!)