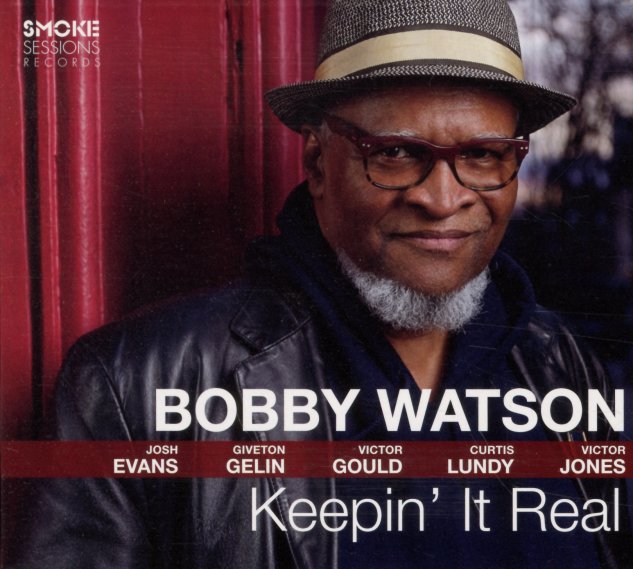 Bobby Watson's always keeping it real in our book – as the alto saxophonist maybe hasn't made a bad record ever, and has continued to turn out the sort of fantastic music we loved right when he was an up-and-comer in an 80s version of Art Blakey's Jazz Messengers! Here, Bobby's working with some key talents from his solo years – a re-formed New Horizon group that features excellent work on bass from Curtis Lundy, drums from Victor Jones, and piano from Victor Gould – plus trumpet work on some tracks by Josh Evans and on others by Giveton Gellin! The use of trumpet is somewhat striking, as it's an instrument that's not always in place on some of Bobby's small combo sessions – and both Evans and Gellin are clearly inspired by the warmth of the leader – as both soar out with a wonderfully full, rich sound that only adds to the classic soulful touch of Watson on the alto. Titles include Watson and Lundy originals "Keepin It Real", "One For John", "My Song", "The Mystery of Ebop", and "Elementary My Dear Watson 2020" – plus a nice take on the Donny Hathaway tune "Someday We'll All Be Free".  © 1996-2021, Dusty Groove, Inc.