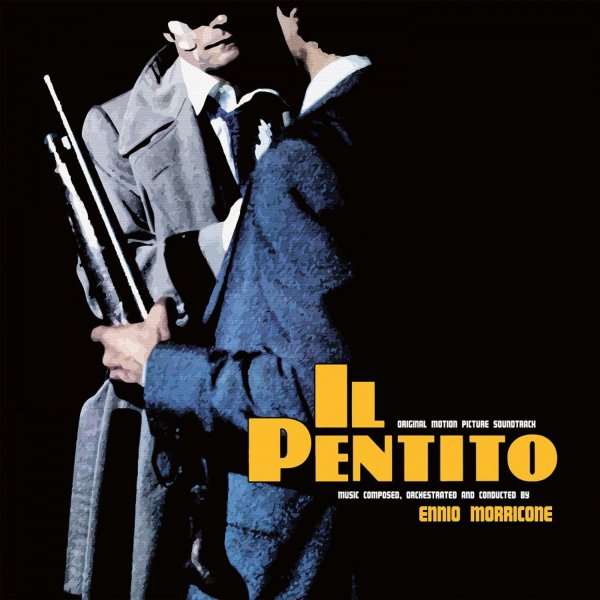 A later score from Ennio Morricone – but an incredibly beautiful one too – penned for a mid 80s mafia film set in Sicily, but featuring some of his sweetest, most sensitive work of the time! There's a very bittersweet feel to most of the music here – a quality that's almost romantic at times, but touched with really blue notes too – as the tunes spin out in slow, thoughtful progressions that echo the darker choices and themes of the film. There's a few more upbeat tracks, and a few darker, atonal numbers – but overall most of the score is steeped in melancholy – with gentle strings and woodwinds that have plenty of trademark Morricone touches! Titles include "Il Pentito", "Messaggio", "Retata", "Momento Decisivo", "Sicilia", "Durante L'Omelia", "Confusi Ricordi", "Sicilia Dei Ricordi Lontani", and "Evento Finale".  © 1996-2021, Dusty Groove, Inc.
(35th Annivesary, numbered limited edition of 1000 – on silver & black marbled vinyl!)