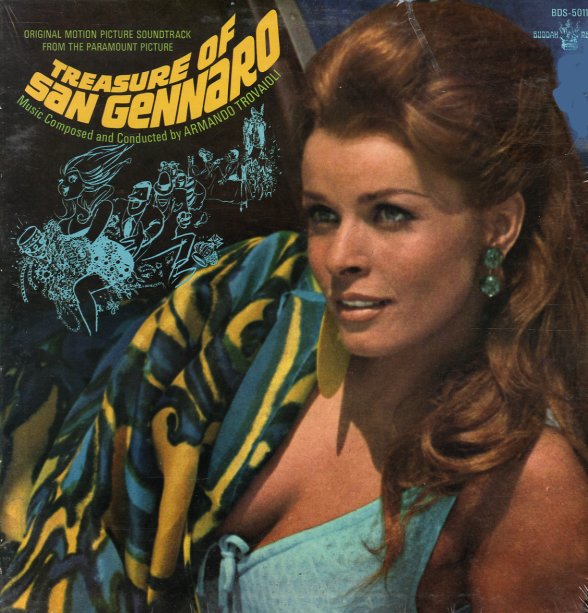 An early international success for Italian maestro Armando Trovajoli – the very groovy soundtrack to Operazione San Gennaro – also issued here in the states as The Treasure Of San Gennaro! The soundtrack is a really great mix of modes – as half the tracks are groovy, swinging, and mod – while the other half have a more Italian comedy sort of style, one that borrows trademark Mediterranean touches, but uses them sparingly, without any sort of hoke at all. Instrumentation includes some lively mandolin and flute on these Italian-styled numbers – and some cooler organ, keyboards, and jazzier bits on the groovier tracks. I Marc 4 also had a hand in some of the instrumentation – and titles include "Treasure Of San Gennaro", "Love For Two", "Poor Boy Jack", "Maggie's Theme", "The Miracle", "Esacpe", and "Treasure Of San Gennaro".  © 1996-2021, Dusty Groove, Inc.
(Shrinkwrap has a sticker remnant.)