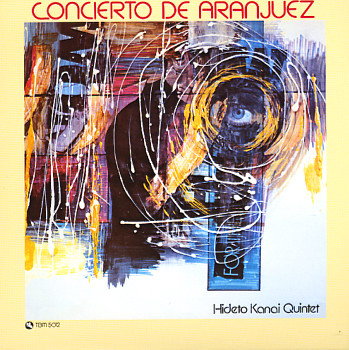 Despite the "concierto" in the title, the album's a relatively stripped-down studio affair – a spacious set played by the quintet of Japanese bassist Hideto Kanai, with a lineup that features some especially great work on saxes! The tracks here are all quite long, and there's a bit freer jazz sound going on than many of the other 70s Three Blind Mice sessions – one that features very bold lines by Toshihiko Inoue on tenor and soprano sax, and Mikinori Fujiwara on alto and tenor. Kanai's bass work is often quite compelling too – way more than just a rhythmic pulse, and used in styles that evoke a wide variety of sounds. Other members of the group include Yoshito Osawa on piano and Michael Reznikoff on drums – and titles include "Silk Road", "Congratulations", "Concierto De Aranjuez", and "Mr Gabe".  © 1996-2021, Dusty Groove, Inc.
(Part of the Three Blind Mice Supreme Collection!)