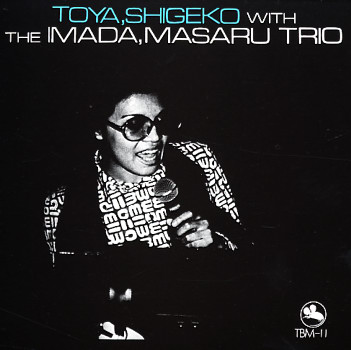 An unusual little session from early 70s Japan – one that features some jazz vocals from Shigeko Toya, but also a fair bit of piano as well – set alongside backing from the trio of Masaru Imada, who plays organ on the numbers that don't feature Toya on the piano! If that sounds confusing, it's not meant to be – and is more a reflection of the many-voiced style of the set – because the record's less a vocal album than kind of a three-pointed set that features some straight piano numbers, some with torchy vocals, and others that have the organ bringing in a bluesier tone. Toya's vocal style is a bit unusual, and not for the uninitiated – but it does make her stand out in a world of straighter Japanese singers from the time. Titles include "Tadd's Blues", "Hymn To Freedom", "Yesterday", "Can't Help Lovin Dat Man", and "Call Me Irresponsible".  © 1996-2021, Dusty Groove, Inc.
(Part of the Three Blind Mice Supreme Collection!)