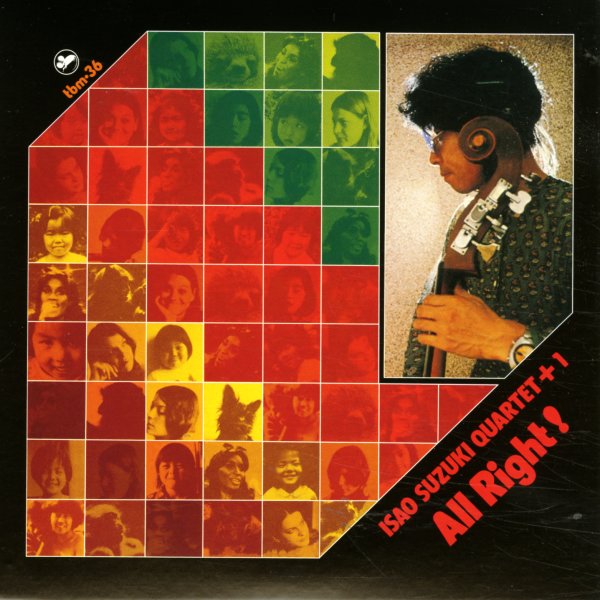 Groovy electric work – in a style that's both funky and swinging, with many different strands and styles running through at once! Isao Suzuki plays electric piano, Hammond organ, vibes, and cello – a great mix of instruments that come off surprisingly well in his hands – alongside instrumentation from his group on both acoustic and electric bass, drums, and some guitar from a young Kazumi Watanabe! As with most of the Suzuki sides from the time, the album's got a few really strong cuts with an electric funky feel – plus a few more that are a bit warmer and mellower – which really creates a sense of depth that's very different from other Japanese records of the time. Titles include the 13 minute "All Right", which has some great vibes that really pop out of your speakers – and the tighter "Mami's Blues", which is a strong soul jazz groover – plus the tracks "Nemuro" and "Time After Time".  © 1996-2021, Dusty Groove, Inc.
(Part of the Three Blind Mice Supreme Collection!)