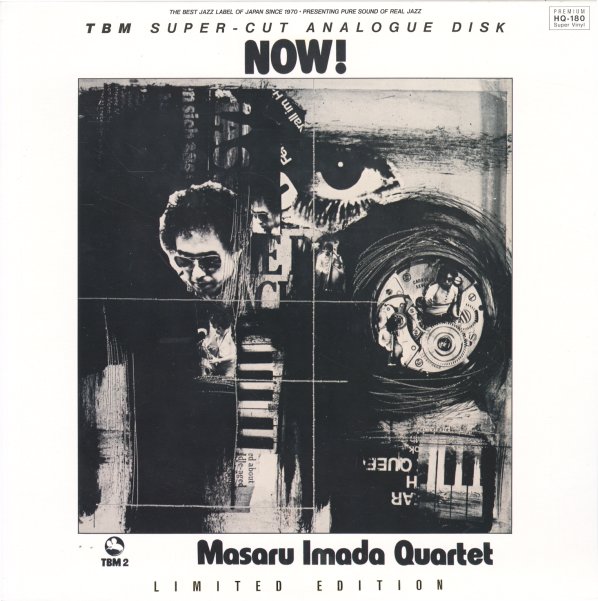 Subtle brilliance from Japanese pianist Masaru Imada – a record that bubbles beautifully with some spare and personal touches – sometimes slightly free, sometimes wonderfully melodic – always with a strong sense of vision and energy! The group here features Imada on acoustic piano, alongside bass, drums, and some especially great tenor and soprano sax from Ichiro Mimori – often played with some slightly sharp edges, but also a surprising degree of soul – a heartfelt, personal quality that slides alongside Imada's piano in a soaring dance of colors and tones. Titles are all originals, and include "Nostalgia", "Alter", "Gehi Dorian", and "The Shadow Of The Castle".  © 1996-2021, Dusty Groove, Inc.
(Part of the Three Blind Mice Supreme Collection!)