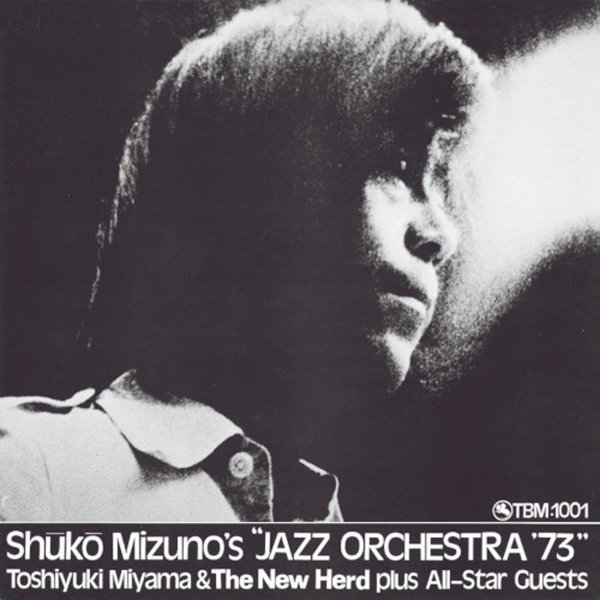 A really striking mix of straight jazz and avant moments – served up here by a Japanese ensemble who were definitely ahead of the curve for their generation! The record stands as one of a handful of excellent Japanese dates of this sort – music that really pushes the boundaries of the jazz orchestra format – maybe not in the way of an improvising orchestra, but with colors, tones, and instrumental passages that move in modes that are far past the modern jazz groups of this type from the 50s and 60s! The set features work by some great soloists – Terumasa Hino on trumpet, Kenji Mori on alto, Hideto Kanai on bass, Masayuki Takayanagi on guitar, Shuko Mizuno on organ, and Joe Mizuki on percussion – and although the whole thing works well as a whole, the second half breaks out into a few more swinging moments.  © 1996-2022, Dusty Groove, Inc.
(Part of the Three Blind Mice Supreme Collection!)