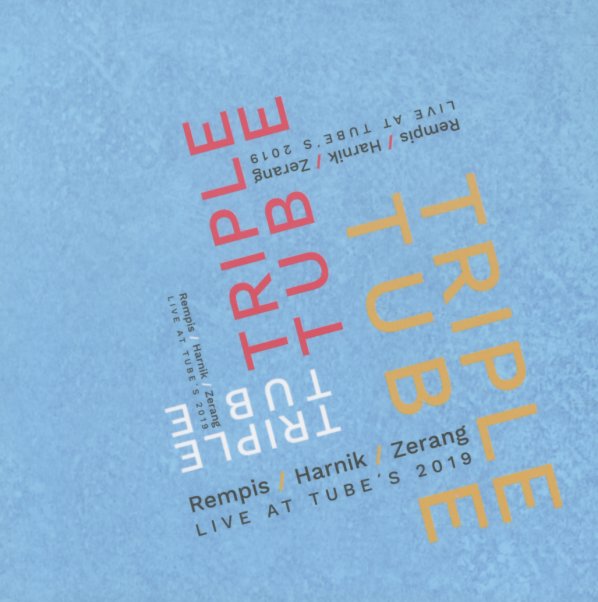 A trio of improvised performances by a very hip trio – Dave Rempis on alto, Elisabeth Harnik on piano, and Michael Zerang on drums – all musicians who are working here together at a club in Austria, where the set was recorded! Rempis is, as always, a master of magical moments on his instrument – able to constantly create in really fresh and imaginative ways – all these sounds, tones, and flurries of notes – answered by Harnick with really deft work on piano, and very solidly grounded by Zerang – with that almost bursting sensibility he can bring to the drum kit. Titles include "Triple Tube 1", "Triple Tube 2", and "Triple Tube 3".  © 1996-2021, Dusty Groove, Inc.