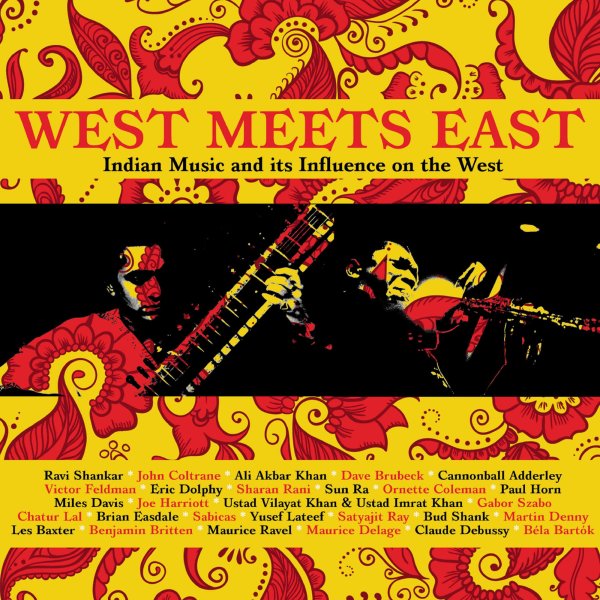 A really great look at the surprisingly strong influence of Indian music on Western styles in the postwar years – and a package that digs really deeply, and offers up way more than just a few classic rockers picking up a sitar! Instead, the whole thing starts years before The Beatles and contemporaries were touting the qualities of Indian music – and begins in the 50s, when modal rhythms had started to hold sway on a generation of jazz musicians, and modern composers – in part because key Indian music recordings were being issued overseas in the US too! The package spans about a decade of recordings, and interweaves jazz, classical, exotica, and other styles with original recordings of the musical styles – with a great lineup of tracks that brings together Sun Ra, Joe Harriott, Eric Doplhy, Ustad Vilayat Khan, Ravi Shankar, John Coltrane, Ali Akbar Khan, Victor Felman, Emil Richards, Bela Bartok, Les Baxter, Martin Denny, Brian Easdale, Satyajit RaySabicas, Yusef Lateef, and others!  © 1996-2022, Dusty Groove, Inc.