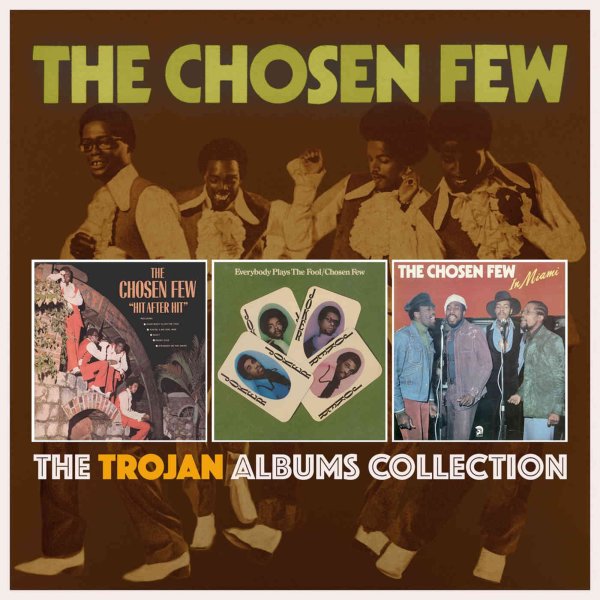 A trio of albums from this fantastic group – plus bonus tracks too! First up is Hit After Hit – a tremendous album that has The Chosen Few stepping out to match some of the best American harmony soul groups of the early 70s – vocals you might hear from The Moments or Delfonics, but tuned towards rhythms that are much more Kingston than New Jersey or Philly! Yet there's also a few funky moments too – a rare element that really shows how the group could change things up from some of their Jamaican contemporaries, on titles that include a version of the "Shaft" theme, plus "You're A Big Girl Now", "Everybody Plays The Fool", "Melting Pot", "Ebony Eyes", "Do Your Thing", "People Make The World Go Round", and "I'm Sorry". Everybody Plays The Fool is a record that's as much an early 70s reggae set as it is a strong bit of east coast soul – Kingston rhythms mixed with fantastic harmonies that maybe echo more of the East Coast group soul modes than some of the earlier Jamaican groups of the 60s! The choice of material also echoes that quality too – as The Chosen Few take on older soul classics, remade for a reggae market – mixed with a few original tracks of their own. Titles include "My Thing", "Reggae Stuff", "I Second That Emotion", "Make Way For The Young Folks", "La La At The End", and "Tears Of A Clown". Chosen Few In Miami is legendary soul from The Chosen Few – a group who were as much a 70s soul outfit as they were a reggae group! This album's the group's greatest – recorded in Miami with classic TK funky production from King Sporty, who also seems to be backing them up on most of the set. There's certainly a reggae feel to the album at times, but the group's harmonies are much more in an American soul vein – and Sporty's super-dope backings use plenty of wah-wah guitar, electric keys, and that burning, bubbling Miami soul groove that made so many of the TK albums from the time so great! Titles include the stone funky classic "Funky Buttercup", plus "Wandering", "Candy I'm So Doggone Mixed Up", "Why Can't We Live", "Drift Away", "I Am A Man", and "Hit Me With Music". 2CD set also features 11 more bonus tracks – including related work by Lloyd Charmers Selection!  © 1996-2022, Dusty Groove, Inc.