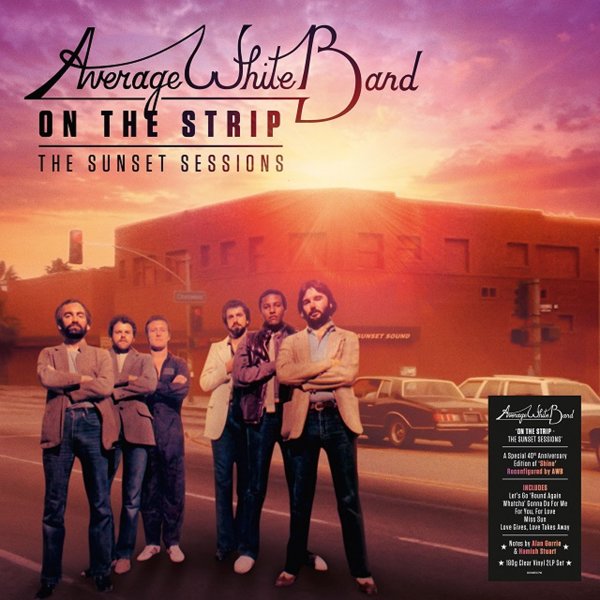 On The Strip (aka Shine) (180 gram clear vinyl pressing)

An unusual collection of work from Average White Band – the sessions that went into their Shine album, but presented here with the full list of tracks from the recordings – all done at Sunset Sound in LA! The whole thing is great later grooves from Average White Band – a real gem from the point when the group was settling nicely into a mellow soul vein! By this point, the combo wisely realized that they couldn't keep things going forever as a funky group – so they laid back and fell into their second strongest suit – the kind of mellow stepping rhythms that sparkled nicely between the bigger cuts on earlier records, produced to perfection here with a shimmeringly soulful feel! The album's got a mature feel, and the lyrics are often understated and well-balanced – no easy crossover soul or adult contemporary cliches – just the kind of warmth the band was always known best for. 2LP pressing features the entire sessions from the album – and titles include "Into The Night", "Catch Me", "For You For Love", "If Love Only Lasts For One Night", "Miss Sun", "Let's Go Round Again", "Whatcha Gonna Do For Me", "Wasn't I Your Friend", "Love Gives Love Takes Away", "Growing Pains", and "Shine".  © 1996-2021, Dusty Groove, Inc.