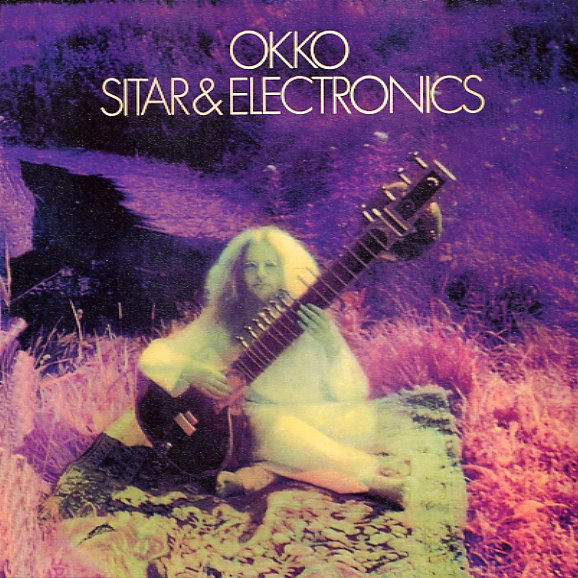 They sure got the title right on this one – as the album's a mad mix of sitar music and electronics! The set was recorded in Germany in the 70s, and it features Okko Bekker on both the moog and sitar – playing in a small group with Herb Geller on flute, and some extra guitar work on a number of tracks – all of which makes for a very spacey sound, one that's as trippy as it is groovy. A number of the cuts on the album are originals – and the best numbers have a gentle funky approach that's perfect for the style – moog coming off in waves of sound, the sitar dancing around lightly, the whole thing coming off as one hookah-blowing wall of music! Titles include "Shivas Lullaby", "Santana", "East Indian Traffic", "Ganges Delta", and "A Day In The Life".  © 1996-2021, Dusty Groove, Inc.