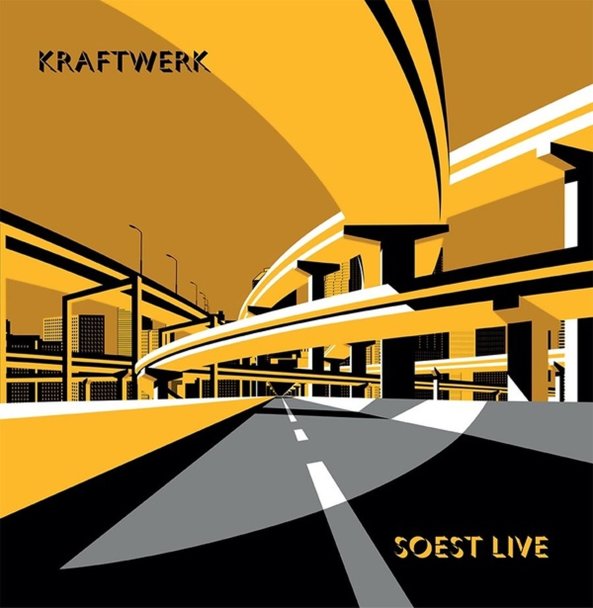 Rare early work from Kraftwerk – a live performance done at a time when the group was maybe more tied to the freakier, fuzzier side of the German scene than some of their later spare electronics – stepping out here on long tracks that really show a great ability to jam in an extended way! The vibe is a mix of psych, prog, and maybe a touch of jazz – but always with a nice sense of restraint, and that disappearance of ego that would mark the group even more strongly as the years went on. At this point, Kraftwerk is a trio – with Ralf Hutter on organ, Klaus Dinger on drums, and Florian Scheider on flute, violin, vibes, and plenty of electronics. Titles include "Stratovarious", "Megaherz", "Ruckzuck", and "Vom Himmel Hoch".  © 1996-2022, Dusty Groove, Inc.
(Hand-numbered limited edition pressing – on yellow heavyweight vinyl!)