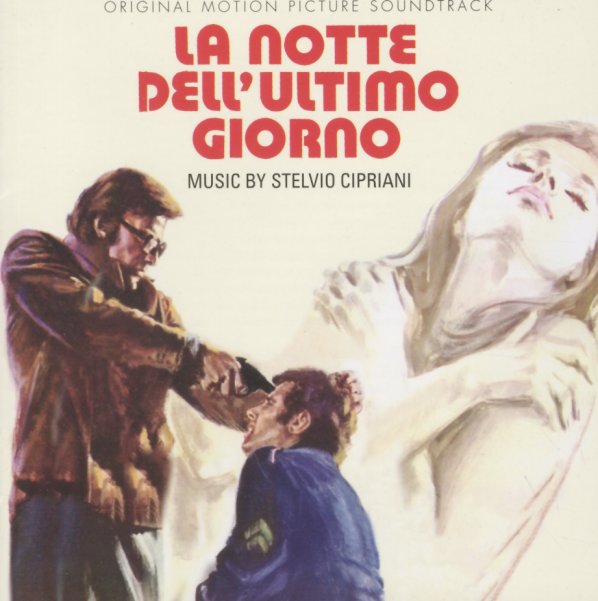 Two rare 70s gems from the great Stelvio Cipriani – back to back on a single CD! First up is La Notte Dell'Ultimo Giorno – a record that begins with some of the slinkier modes that we love in Cipriani's music, but which also gets nicely funky at points too – almost always graced by the kind of keyboard lines that make Stelvio such a standout! The keys include electric harpsichord, organ, and what sounds like some of that oddly-tuned piano that Ennio Morricone might use – flowering out in this beautifully balanced mix of modes. Processo Per Direttissima is a film about terrorism and police brutality, but one that gets this wonderfully sweet score from Cipriani – served up in flowing basslines, light percussion, gentle strings, and the kind of forward-moving elements we love so much in Stelvio's music – a quality here that sounds much more like his love or erotic scores than you'd guess from such a thriller! CD features 25 tracks in all – over 70 minutes of music.  © 1996-2021, Dusty Groove, Inc.
(Limited edition of 300!)