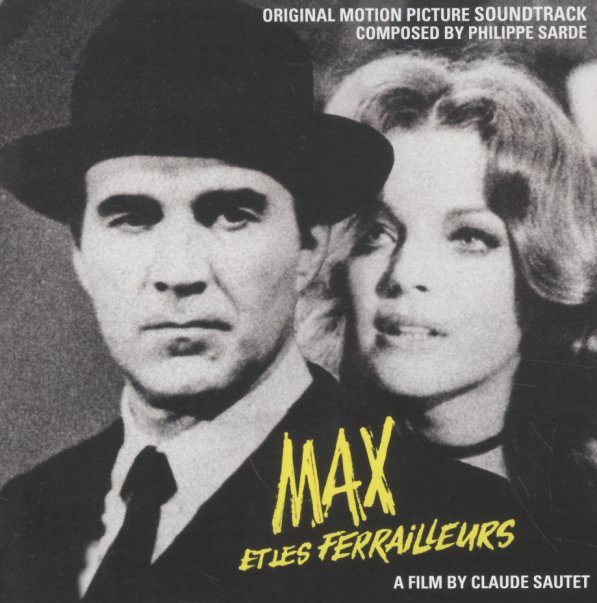 A pair of obscure soundtrack gems from Philippe Sarde – back to back on a single CD! First up is Max Et Les Ferrailleurs – an excellent funky French soundtrack! Philippe Sarde scored the music for this obscure film starring Michel Piccoli and Romy Schneider – and the best cuts have a cool French jazz sound that mixes guitar, vibes, trumpet, and hard on-the-beat vamping by the bass and drums. You may know the cool cut "Juke Boxes Chez Saidani" from a few compilations, and the album's got a few more cuts that have a variation on a similar theme. "Juke Boxes" features great popping bass and electric sitar – and other tracks include "Le Bal Des Ferrailleurs", "Description Des Ferrailleurs", and "Generique". Vincent, Francois, Paul, Et Les Autres has a sound that's maybe more in keeping with some of the richer modes you might know from Philippe Sarde – that special sense of fragile emotion that can make his music so powerful, even when subtle – which it definitely is here at points, although balanced with some beautiful orchestrations handled by Hubert Rostaing, and bandoneon solos from Marcel Azzola. Titles include "Route De Nuit", "Cours A L'Argent", "Catherine", "Taxi", "Convalescence", and "Autrefois".  © 1996-2021, Dusty Groove, Inc.