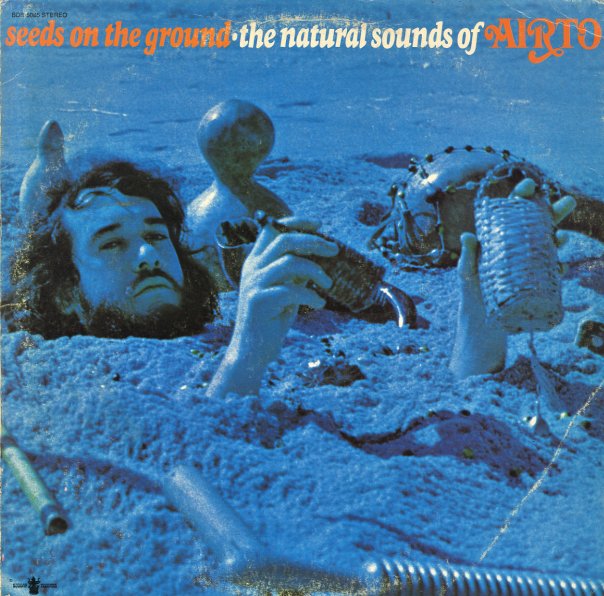 Easily one of the greatest records that Brazilian percussionist Airto ever recorded – a stunning blend roots and jazzy currents, and a set that follows strongly off his work in the group Quarteto Novo! The set's got contributions from one of his key partners in that combo – reedman Hermeto Pascoal – and like Pascoal's material at this point, the whole thing is maybe one of the most perfect realizations of the musical vision that Airto was going for! There's none of the tighter, more polished sounds of his later fusion years – and this is the record that will show you just why his arrival on the American scene made such big waves at the time. Flora Purim also sings on the record – and titles include "Andei", "On Sonho", Papo Furado", and "O Galho da Rosiera".  © 1996-2021, Dusty Groove, Inc.
(Limited edition of 1000 – on blue vinyl!)