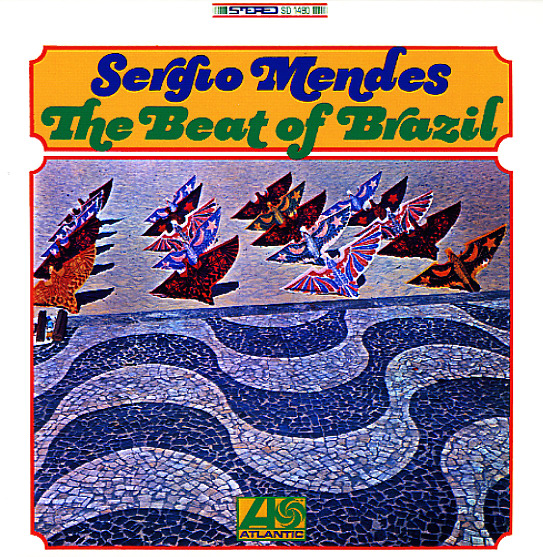 Early bossa jazz from Sergio Mendes – recorded with his famous Bossa Rio combo, in the years before he moved to America! The album's a classic in Brazilian jazz – a tight album of bossa-inflected jazz tunes played with razor-sharp precision, handled with a style that went on to influence countless other Brazilian groups at the time. Mendes is in the lead on piano, and other players include Edison Machado on drums, Raul De Souza on trombone, and Hector Costita on tenor sax. The whole thing's great – a masterpiece of both jazz and bossa – and it's filled with classic tunes arranged by Jobim, Moacir Santos, and Sergio himself. Titles include "Nana", "Primitivo", "Desafinado", "Ela E Carioca", "Amor Em Paz", "Noa Noa", and "Neurotico".  © 1996-2021, Dusty Groove, Inc.
(Limited blue & yellow vinyl pressing!)