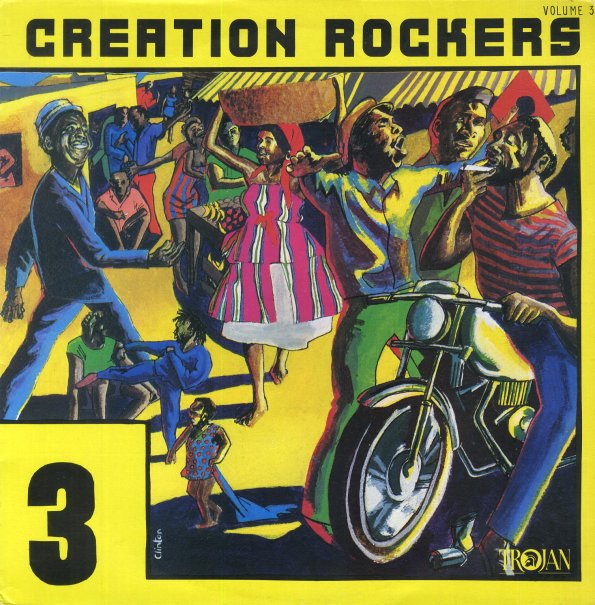 Includes selections by Don Drummond, Big Youth, Wailing Souls, Junior Byles, Augustus Pablo, Niney The Observer, Cornel Campbell, and others.  © 1996-2021, Dusty Groove, Inc.
(Light blue label pressing. Label on Side B has an X in marker. Cover has some edge wear, clear tape at the bottom seam, and a small sticker on front.)

Ice On Fire
Virgin, 1974. Near Mint-
LP...$14.99
The harmony vocal stylings of the Mighty Diamonds are given a New Orleans funk tinge by the production team of Allen Toussaint and Marshall Seehorn. The set includes New Orleans classics like "Get Out Of My Life Woman" and "Sneakin Sally Through The Alley", plus other nice ones ... LP, Vinyl record album

Forces Of Victory
Mango, 1979. Very Good+
LP...$39.99
The second album From LKJ, a tough and tight follow up to Dread Beat & Blood, with the poet coming just as hard out the box this time around as the first. Johnson's righteous lyrical indignation, terse delivery, and rhythmic focus dovetail perfectly with tight, fat riddims from a crack band ... LP, Vinyl record album

In Love With You
Island/United Artists, 1978. Very Good+
LP...$19.99
A collection from one of the cornerstones of Jamaican music, part of the United Artist Anthology Of Reggae Collector series compiled in the late 70s, bringing together some of the best moments in the career of Leroy Sibbles' Heptones. Ten excellent Coxsone Dodd produced Studio One sides include ... LP, Vinyl record album

Who Feels It Knows It (Shanachie)
Shanachie, 1981. Very Good+
LP...$9.99
Righteous sounds from Rita Marley – a set that's one of her best-remembered albums, and done in a well-crafted style that definitely lives up to the Marley family name! The set was recorded at Tuff Gong, with a lean quality and laidback groove that lets Rita really step out front on vocals ... LP, Vinyl record album